One of the key concerns that modern gardeners face is how best to utilize one of the most important resources for their projects, that is to say, water. There are myriad different methods that deal with this problem and each has its own benefits and drawbacks, ranging from their basic efficiency to their financial weight, to how quickly and thoroughly they get the job done.

Therefore, we have outlined the primary models of irrigation available to domestic horticulturalists, highlighting the positives and negatives of each, and which size or type of garden each would perform most effectively in.

The most simple, and arguably most cost-effective, the watering system is that of the simple water butt and watering can. As the operation relies solely on recycled rainwater and hand-drawn dispersal, there is no financial burden beyond the initial purchase of the equipment. Also, this system requires no maintenance, aside from the first installation, as it will collect any rainfall it is exposed to simply by being there. There are many alternatives to the utilitarian-looking green butt available now, ranging from terracotta urn lookalikes to faux lead cisterns. 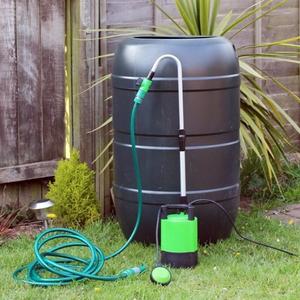 Of course, the drawback of this system is also a product of its great advantage – its reliance on rainfall and it will inevitably fail as a system during a drought. There is also the amount of space versus water yield to consider – if you have a very large garden, then it may take up to half a dozen of these butts to sustain it, even in a rainy season. Not to mention the huge cost in time and labor spent darting back and forth with a watering can, although this can be extremely water efficient as you can guide where every drop of water ends up by hand.

Sprinklers attached to hoses are among the most common systems of domestic irrigation as they have the advantage of being mobile, not to mention having an adjustable area of effectiveness. However, the very concept of such above-ground irrigation means that the method will be wrought with inefficiency as the majority of the water it provides will reach only the leaves and very shallow roots of plants. This method is best utilized primarily for hydrating lawns, as the grass surface is too small to resist its penetration, or for maintaining moisture levels in unplanted areas of the garden.

The seep hose, or ‘leaky pipe’, has become a popular alternative innovation, particularly informal gardens, due to the nature of planting styles that these afford. The basic principle of the seep hose is that porous tubes run either just under the soil close to the roots of several established plants, or on the surface under a mulch, and releases the water gradually and consistently.

These perform best in simple schemes, or when the plants are in a row, for example as in low box hedging. The soil density is important as it will affect the spread of the water – hard compacted soil may keep it on the surface and much will be lost to evaporation or will run away from the base of the plant only to later sink and be absorbed into empty soil instead of your cultivars roots, whereas well-cultivated soil around the plants will allow the water to go where you want it to.

Seep hoses are also a fairly cheap method of irrigation, however, they are also at their most effective if installed in new gardens which will then allow you to plant around the circuit of irrigation. If your garden is already established you should probably consider one of the above-ground options as this would be more efficient and cost-effective.

A more sophisticated and efficient way of reaching wider areas with water is to install an automated ‘spike’ system. The pipework still snakes around the garden as with the above method, but the water is delivered via small spray heads which can be set at 45, 90, 180, or 360 degrees to apply the water exactly where you want it.

The heads are at a low level so that the water is sprayed near the base of the plants, rather than all over the leaves as in the sprinkler method. The system is attached to an outside tap on a timer so that it will come on automatically, preferably in the middle of the night, so that the moisture can be absorbed into the soil, rather than evaporated in daytime heat. ‘Drippers’ can also be connected to the system to irrigate pots and planters.

In closing, while the water butt will be far away from your most cost-effective option, you must weigh it against the size of your garden and whether you’ll have the time and labor to rely on it solely – and also, of course, the likely rainfall. The sprinkler system, while fairly cheap and easy to control, has a very low order of efficiency in any other field than, well, lawn hydration.

A seep hose is a valid option for large-scale horticulture, however, it will require trial and error if it has not been a consideration during the planting stage and your garden is already established. The automated ‘spike’ system is probably the most expensive method of irrigation; however, the cost must be weighed against its superior efficiency, both in terms of water expended and the time and effort involved. 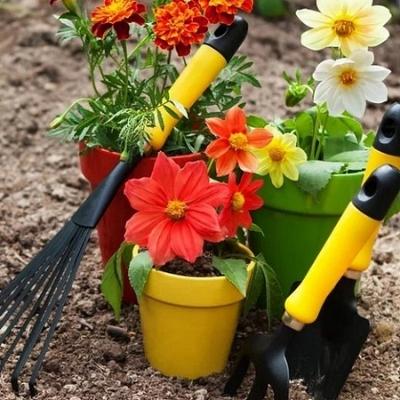 How to Use Straw for Garden Cover 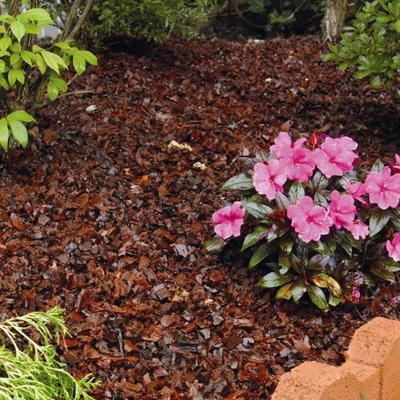